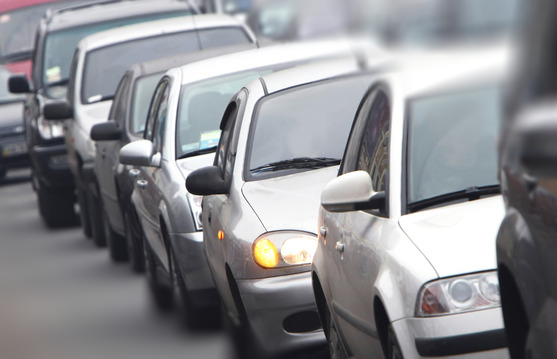 Like everyone else traveling in the Northeast corridor or in any other big city around the country, I experience unexpected and long delays because of traffic congestion.  We clearly have a crisis in terms of the gap between what we need and what we have.

Recently, I was asked by Governor Jodi Rell to chair an advisory group to make recommendations to improveConnecticut’s Department of Transportation.  I was asked to do so because I have participated in volunteer advisory and advocacy work in transportation for nearly 22 years.

Consistent with my philosophy of taking the road less traveled and seeing a different game, I want to share some observations that you may not see elsewhere as often as you should.

Clearly, we should move more drivers into trains, on to buses, and into van and car pools, but these alternatives have been amply discussed elsewhere, so I will not comment on them here.

If we are going to address the transportation crisis, we have to manage demand on all modes, particularly the roads, as well as supply.  With respect to highway congestion, the demand problem is not primarily a result of overpopulation or a significant increase in the population of automobiles on the road in our region.

This last trend will become more pronounced as we do more shopping over the Internet and we order products from more geographically remote places.  But we can do something about the first two root causes, and, more importantly, the things we can do to reduce congestion are not particularly costly.

First, with technology available today, many more workers should be able to work at home or at satellite offices closer to home or to attend meetings by using video-conferencing technology.  Tele-commuting stumbled in its early days because people trying it may have been too ambitious.  Trying it one or two days a week, instead of every day, might work better, and it will have an immediate effect on rush-hour traffic congestion.  It also is a great morale builder for employees who have personal errands to run near their homes.

Second, the Internet makes ride-matching much more workable for individuals who want to carpool, but do not know how.  Connecticut has a program through Rideworks, and other parts of the country, like Northern Virginia, have well-developed systems for ride-matching, including areas where passengers can wait safely for their pick-up.

Third, many non-work-related trips that could be eliminated.  Many errands  could be handled over the Internet or via the mail.  Many government transactions done face-to-face today could be done remotely, including the dispensing and payment of traffic tickets, motor vehicle license renewals, and permit and license renewals.

The most dysfunctional automobile trips in many communities are the ones in which parents take their children to school every day.  In my community, many of us drive children to school for three reasons:  the books are too heavy to carry on foot, the morning start times are keyed to the convenience of the teachers and administrators, not the body clocks of middle and high-school children, and, most importantly, the town does not have sidewalks or bicycle paths convenient and safe for children to get to school. So we miss the opportunity for our increasingly obese population of children to get a chance to walk.

Safety is a bigger issue in some communities for children to walk to school.  When I was young, I had a short walk to school between 5th and 8th grades, but there were bullies along the way that I had to avoid.  This is an even bigger issue today.

If automobile trips can’t be eliminated, we should make them more predictable and less stressful. For drivers, the biggest perceived problem, according to many surveys, is not the increasingly long trips, but the increasing unpredictability of trips.  When the train is not a practical option and I am forced to drive from Stamford, Connecticut, to Manhattan or to one of the New York airports during rush hour, I could be looking at a one-hour, two-hour, or even longer trip.  How much time do I allow?  Allowing one hour is too risky, but, more often than not, two hours is too long, and I waste time waiting for the start of a meeting.

What causes unpredictability?  Waiting times at toll plazas, accidents, construction, stalled cars, fires and building collapses and, in some cities, police blockades are some of the causes.

Some of these root causes are preventable.

Tolls are probably unavoidable if we want to pay for transportation assets, but governments should eliminate toll booths.  Even if a traveler does not purchase an EZ Pass or similar system as an infrequent traveler, having a system for photographing license plates will eliminate the need for non-EZ Pass travelers to have cash in hand and to wait in a cash-dispensing line.  It’s also not particularly good for the environment to have millions of cars idling as they take long periods of time to get through barrier tolls around the country.

Many governments use EZ Pass systems to raise tolls higher than they would otherwise be raised with a cash-basedtoll system.  Doing this quietly, rather than openly, does not show government in its best light.  We need governments to be forthright about how much revenue they need for transportation and what it will be used for.  Voters are smarter about these issues than politicians give them credit for.

The frequency of accidents can be significantly reduced.  Given the fact that excess alcohol usage and recklessdriving by teenagers is a major cause, we should employ everywhere successful strategies for reducing teenage alcohol usage.  As a parent with three children, a 21-year-old and two teenagers, I have mixed feelings about teenage driving.  It makes our life easier since my wife and I are not chauffeurs as much, but our children do not have the experience to anticipate as many oddball driving challenges as we have learned over a lifetime of driving.  Phased-in drivers licenses will help everywhere.

There are chronically reckless drivers, just as there are hardened criminals.  We all experience them, and they create many accidents. New Jersey has a great program, by which any motorist can report reckless driver behavior by dialing #77.

If there is a source of delay, the Internet tools for communicating those delays to others should be more user-friendly and should be updated in real time.  The other day, when there was a steam pipe explosion in New York near Grand Central terminal, the media incorrectly reported that Grand Central had been evacuated and closed.  That was incorrect.  Most entrances were closed and subway service was suspended, but commuters could still get on suburban trains.  Metro North failed to communicate accurate information in real time.  My son ended up unnecessarily taking an Amtrak train back up to Connecticut.

I will take another opportunity to talk about why our supply of transportation capacity is deficient, but this is just one set of ideas about how to reduce demand.