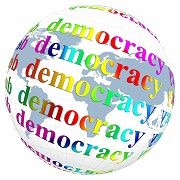 The great poet Maya Angelou once wrote: “What you're supposed to do when you don't like a thing is change it. If you can't change it, change the way you think about it. Don't complain.”

Many unhappy people blame government officials, public sector unions, second amendment activists or other special interests. I do not. As Pogo comic strip creator Walt Kelly once had Pogo say: “We have met the enemy and he is us.”

To me, the biggest problem with Connecticut is the disengagement of too many talented and ambitious citizens from civic and political activity. They complain or leave the state, but do not attempt to change what they do not like. They claim to be too busy running global companies or other businesses, or managing investments and philanthropy, or doing other things they consider more interesting.

My wife had a recent conversation with an older Cuban man who lamented the fact that Cubans in the 1950’s were great business people who were too preoccupied with accumulating income and wealth, and, as a result, lost their country to Fidel Castro. When most people disengage from civic affairs, bad things are much more likely to happen.  I am not suggesting that we will end up with a vicious dictatorship, but we will have more and more occurrences of government that we do not like if we continue to stay disengaged.

As a business leader who has been engaged through my business life in Connecticut with federal, state and local officials, I have always believed that government officials were receptive to what I had to say. However, I was under no illusions about how much influence I had, compared with interest groups who could mobilize many more votes and much more money.

American politics is simple: those who bring the votes and the money prevail over those who do not. If we are disengaged, we cannot complain about what happens. We also do not have the luxury of continuing to be disengaged.

I do not accept the argument that CEOs of global companies cannot be bothered to try to affect what happens in Hartford. As a Board member of Eaton Corporation, I have seen three Eaton CEOs stay deeply engaged in both Ohio and Cleveland political issues, even as they are running a global $20 billion company. I have also seen other Cleveland-based CEOs stay deeply engaged in state and local political issues. Ohio is a far bigger state than Connecticut and it takes longer to get to Columbus from Cleveland or Cincinnati than it does to get to Hartford from anywhere in Connecticut. Yet, Ohio-based CEOs are intimately familiar with what happens in the capitol building in Columbus.

I also have gotten to know CEOs from other communities like the Twin Cities, Tampa, and Indianapolis with global responsibilities who have stayed connected to local and state politics. They are conversant with the detail they need to know in order to make a difference.

Back in the 1990’s and early 2000’s, I was able to mobilize CEOs on a variety of Connecticut issues: connecting schools and libraries to the Internet, addressing local and regional transportation challenges, opposing the construction of gambling casinos in congested and poor urban areas, and addressing state healthcare policy. Sadly, the feedback I have received from those who care about state and local issues today is that too few CEOs are able to be found when issues that matter to their organizations and should matter to them are being deliberated in Hartford.

I agree that it is reasonable to argue that we are in a broken political and economic environment in Connecticut. However, even when I disagree with government officials on some issues or with positions advocated by the leadership of special interest groups, I always attempt to find common ground with them, because American politics, at its best, is “the art of the possible.” It also exemplifies the principle that “the perfect is the enemy of the good,” which means that when we fundamentally defeat an adversary, we have generally created the battleground for future conflict. There are no final victories or defeats.

If we cannot find common ground, then the challenge is simple. Elected officials have to believe that our side can mobilize more votes and money than our adversaries, and that we will be tenacious, but respectful, in pursuing our agenda. No matter the issue or outcome, I always believe in remaining respectful to the people on the other side.

Leaving Connecticut to escape problems should not be the option chosen. Others end up having to clean up the mess. If I have the ability to make something better, I will stay around long enough to do it.