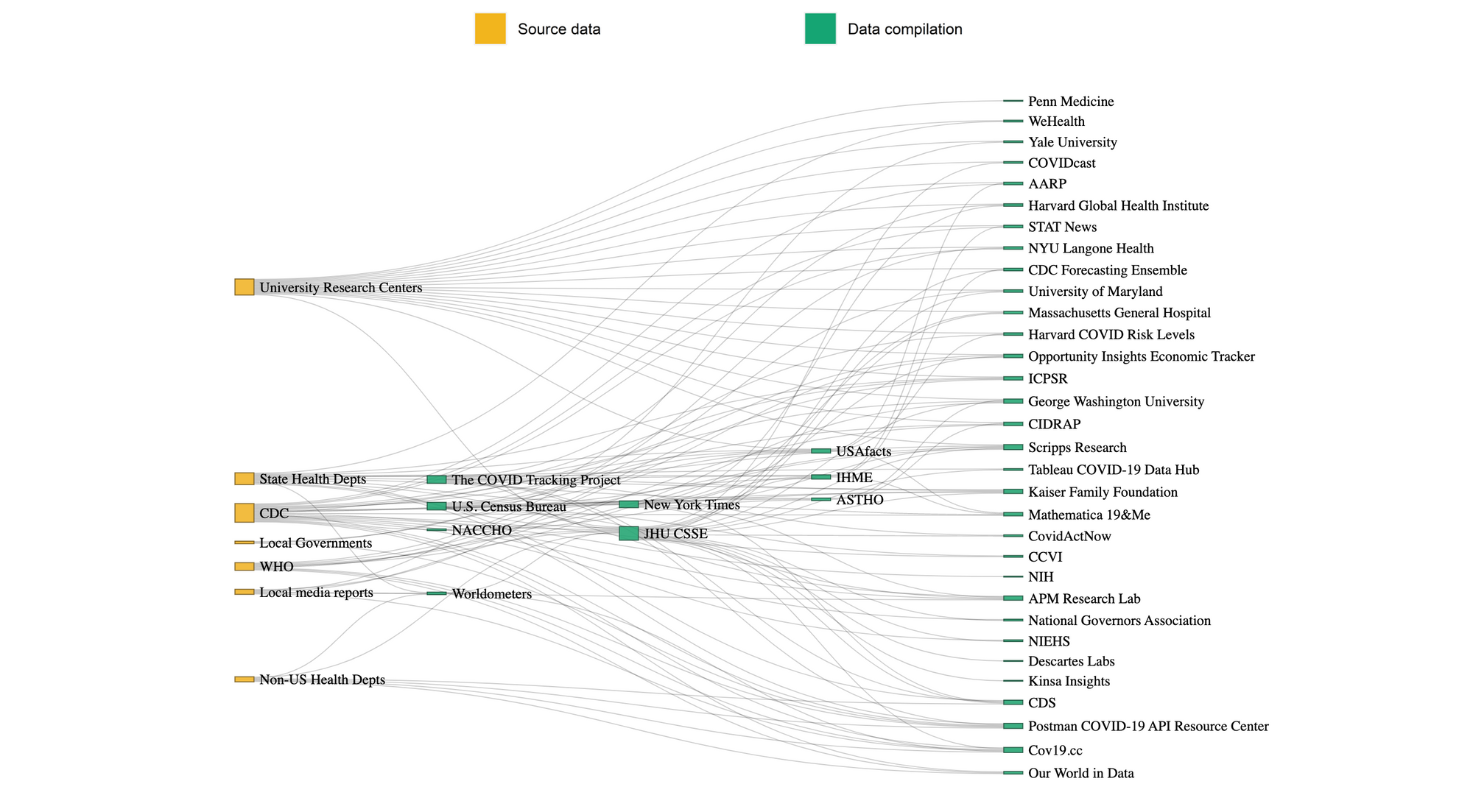 Some individuals I highly respect are both convinced that the modeling on future hospitalizations and deaths by highly credentialed institutions and the federal and state government political decisions made as a result of that modeling are highly predictive and good enough for decision making.  I will present a contrary position here: there is so much we not only do not know, but cannot know, that the modeling is inherently imprecise and error-prone.  Moreover, accumulating more data has not materially improved its accuracy and precision.  I will explain why and discuss the policy implications of my conclusions.

Let’s start with a set of basic premises that underly the modeling:

If we know the facts identified above and were highly confident of the findings from every study, and could accumulate date on social contacts and population health, it would seem, at first glance, that modeling should be able to be done with some degree of precision.

However, here is where the ability of modeling to work breaks down:

However, let’s assume that we knew how many people could get infected.  Here is what we do not know about the likelihood of progressing to a hospitalization or death:

Predictions usually improve as more data is collected, but the data that is being collected is so incomplete and is based on changing population susceptibility and a mutating virus that the usual patterns may not apply.  The modeling is not only not precise or sufficiently accurate, but it cannot get better, given our unwillingness to have detailed health data shared with the modelers or public health authorities.

Faced with this level of inherent and continuing uncertainty, what should lawmakers do?

They have to make difficult trade-offs between the negative impacts of shutting down businesses and forcing people to stay at home and the potential benefit of “flattening the curve” in reducing the incidence of hospitalizations.

The best way of thinking about this kind of situation was set out in a 1997 article in the Harvard Business Review entitled “Strategy Under Uncertainty.” Hugh Courtney, the Dean of the Northeastern University School of Business and co-authors Jane Kirkland and Patrick Viguerie identified four types of uncertainty. They draw on research and thinking done by McKinsey & Co.

“This article is based on research sponsored by McKinsey’s ongoing Strategy Theory Initiative (STI).”

What most describes the Covid19 situation is Level 4 uncertainty, described by the authors as follows:

“At level 4, multiple dimensions of uncertainty interact to create an environment that is virtually impossible to predict. Unlike in level 3 situations, the range of potential outcomes cannot be identified, let alone scenarios within that range. It might not even be possible to identify, much less predict, all the relevant variables that will define the future.”

Later in the article, they provide guidance for decision makers in a Level 4 situation.  These are the key messages from their guidance:

These are some of the executive or regulatory options:

We know that frail people of advanced age, such as those in assisted living facilities and nursing homes or those in hospice care, are particularly vulnerable to the Covid19 virus or any future virus.  We need to take special care with them.

We also need remote healthcare interaction with individuals who are vulnerable because of pre-existing illnesses, diseases, or care conditions.

Vulnerable populations need special attention and need to be separately managed from the rest of the population.  These conclusions are incontrovertible, even if everything else is uncertain.

These kinds of changes in micro-environments are best implemented at a local community level.  In fact, not only is federal, state, and county government unit too far away from being able to implement these changes, even a large municipality may be too far away.  The relevant decision unit may be a ZIP code or even a census tract within a city or town, because virus transmission risks may vary that much.

Prohibiting large indoor gatherings in which individuals cannot be spaced several feet apart has serious economic consequences, but it is highly likely to reduce the spread of the virus.  There are ways of reducing economic impact, but no ways of eliminating them.  Because of the certainty of benefit, this is a regulatory directive that clearly tilts toward being a good decision in a time of uncertainty.

Prohibiting outdoor gatherings is more complicated, because there is significant data which suggests that the virus does not survive outdoors.

Moreover, there are more ways to increase space among people at outdoor gatherings and not adversely affect the economics or the wellbeing of those participating in them.  A sporting event can be managed relative to spectator contact with other spectators.

The interesting question is what to do about beaches.  Although it is cumbersome to do so, public beach access can be controlled in multiple ways.  Communities can severely constrain parking near beaches or they can require access permits that are limited in number.  Ironically, there have been many court cases in which communities have been sued for limiting beach access to residents.  The communities have lost in most cases, but courts may be willing to let them temporarily employ restrictive practices that were previously prohibited.

Shutting down businesses and stay at home orders

The decision to shut down businesses is far more draconian and has serious economic and health consequences for both the business owners and the employees.  Unlike the regulatory options listed above, this is costly and creates the risk of irreversible damage to the individuals and communities involved.

Stay-at-home orders have other serious negative consequences, especially when combined with the shutdown of businesses.

These two kinds of directives have serious downsides, but uncertain preventive outcomes beyond the directives listed above.

America has a First Amendment that guarantees freedom of assembly, freedom of religion and freedom of speech.  Political and religious gatherings have to be addressed with attention to these constitutional rights.

Religious services are more challenging because they often require congregants to interact in very personal ways with priests, ministers, rabbis or imams. Religious rituals generally require in-person interactions.  However, even these kinds of services can be managed by limiting attendance at each service and doubling the number of services on a day of observance.

Preventing travel across state lines by someone who has been in a community with a higher incidence of infections is arguably constitutionally deficient unless the federal government mandates it or endorses a state’s decision to implement it.

There is no perfect solution.  A few people will be exposed to the virus and die, even if everything recommended here is followed, but a better balance can be struck over time.

Lawmakers and public health authorities should strike that balance.  Modeling is unlikely to get them there.  Working closely with a wide range of stakeholders to craft workable solutions for each locality is a far more productive and less disruptive path.