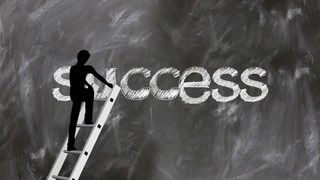 Recently, a friend of mine won a well-deserved long-term achievement award for his work relative to a particular cause.  One exuberant colleague, in writing a congratulatory note, made the comment that he was always the “most likely to succeed.”

That remark stuck with me and caused me to reflect on what “success” truly means.  Some time ago, I wrote a blog about a book by Meg Newhouse entitled Legacies of the Heart.  The message from that book, like the message of the great movie It’s a Wonderful Life, was that few of us truly understand the impact we have had on other peoples’ lives.  As a result, having votes or achieving consensus forecasts on whether someone is “most likely to succeed,” or voting someone the “most successful” after the fact is a process that is very likely to overlook profound contributions others have made.

In fact, having recently talked with the head of the Newman’s Own Foundation, Bob Forrester, I am struck by the fact that it would be very difficult to say whether Paul Newman was more successful as an actor or as a philanthropist.  He won an Academy Award for his work in The Color of Money and was nominated several other times. He gave away the entirety of the profits (hundreds of millions of dollars) from his Newman’s Own products during his lifetime, and the profits continue to be profoundly influential in helping others.

There are many indicia of success.  Getting an award is one, but there are many people who have huge impacts and deliberately choose not to be in the limelight to be in a position to receive awards.

Years ago, I was approached by a film industry professional, who recommended that I retain a particular consultant who was the “marketing genius” behind a very successful film.  I did not choose to hire this consultant.  I later found out that the real prime mover behind the film’s success was an individual whose name was usually buried deep in that film’s credits and in the credits of many other films.  He was quite happy not to be in the limelight.

When I think about some of the major accomplishments in my life in which I played a significant part, I think of the 2006 U.S. Postal Reform legislation.  I made a major contribution behind the scenes.

However, there were even more important contributors than I, none of whom were publicly identified as key contributors.  One was Laurel Kamen, then an executive at American Express.  She was at the table in every critical negotiation session.  She passed away a few months ago.  Everyone close to the legislation, as well as many other important mailing industry executives recognized that she was an essential player, but she did not seek the limelight.

I was proud of being the Chairman of the National Urban League when we recruited Marc Morial, who has been an amazing force for the League and for the civil rights movement in the 14 ½ years since he took on the CEO position.  Even more important than my role were the roles Charles Hamilton (the co-chair of the Search Committee) and Chuck Collins (the Senior Vice Chairman of the National Urban League) played in guiding the process.  Possibly the most important person in recruiting Marc was Randy Kinder, the husband of a former colleague of mine, Susan Johnson, who called me and recommended Marc as a candidate.  Randy had no official role with the League, but he made a profound contribution.

Two of the most important people in my life were a seminarian named Jim Hall, who told me that I had the potential to be a good debater and recommended that I attend a debate workshop at Canisius College in Buffalo between my sophomore and junior years of high school, and the professor who ran that workshop, Donald Cushman.  I do not know what became of Jim Hall, whom I never saw after that conversation, but he said the right thing at the right time to change the course of my life.

Donald Cushman, with whom I lost touch decades ago and who died 13 years ago, lured me to the University of Wisconsin and became a mentor to several of us throughout our years in college.  I never had the opportunity to thank him for everything positive that occurred in my adult life that flowed from the Canisius and Wisconsin experiences.  Professor Cushman, like many teachers or professionals, has a huge positive effect on thousands of students, co-members of faculties, and industry peers, but that “success” is impossible to measure.

When I think of people who had a big impact on my life and comparably, but surprisingly big impacts on the lives of many others, I think of Gershon Kekst and Marty Lipton, both of whom were incredibly insightful counselors to many other CEOs and me.  In each case, their advice transcended whatever situation or issue triggered it.

Relative to Gershon Kekst, best known as a crisis-management public relations counselor, I remember a conversation we had with him in 1995 about a nasty dispute we were having with the U.S. Postal Service.  We were deeply concerned about how our investors would react to a lawsuit against our primary regulator and partner.  After Kekst listened to us, he told us to address the issue with words essentially like these:

“We have the brand, the customer loyalty, the financial strength, the talent, and the technology to succeed in the market, regardless of our short-term postal relationship issues.”

This advice was profound in getting us to understand that we were a strong company that would survive the fallout from the dispute.  It gave us far more self-confidence and resolve, and we survived the short-term problem.  I remembered that advice and reminded people that we needed to take and keep control of our destiny, not be held hostage by what anyone said or did to us.

Kekst gave that level of advice day after day over many decades to thousands of people, and undoubtedly changed how thousands of organizations thought of themselves and behaved more self-confidently.  His value far exceeded whatever acclaim he earned as a crisis PR counselor.  Moreover, I shared his advice with hundreds of people over the years, and hope I influenced them to have more self-confidence in how they led others.

The conversation with Marty Lipton occurred shortly before I became Pitney Bowes’ CEO.  I asked him what was the most critical success factor among the best CEOs he counseled.  I thought he would tell me that they had great business strategies, financial and operational management or talent recruitment and development skills.  Instead, he gave me this simple advice:

“Secure your relationships with your Board members.  They elected you and are the only people who can fire you.  However, even more importantly, on any life-and-death issue, you should engage them and make sure you are not facing it alone.”

His advice, which I am sure he has given to thousands of others, is priceless.  Do not face life’s most difficult problems by yourself.  He is a renowned corporate mergers and acquisitions counselor and transactions attorney.  His value as a counselor on life issues was far more valuable and its impact far transcended the conversation in which it occurred.

Most of us want to be recognized by people we respect for the contributions we have made to better the lives of others.  However, let us always remember that our most lasting and important impact and success arises from the totality of our lives and the values we live every day.