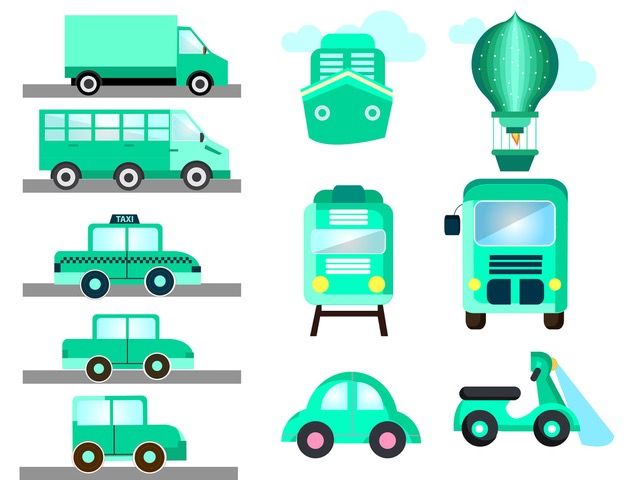 The purpose of this essay is to describe some differences:

Regular commercial users (as opposed to those who can afford private planes or chauffeured limousines) who travel between Darien, Connecticut and Boston can use four modes of transportation: driving, taking an intercity Amtrak train between Stamford and Boston, taking a flight from either White Plains or LaGuardia airports, or taking an intercity bus.

Users look at end-to-end cost, reliability, comfort, safety and the ability to accomplish various tasks on route.  For example, someone who needs to work on a laptop while traveling will not drive.  The train is the best option.

For someone who wants privacy or more freedom to make or receive telephone calls, driving is the best option for trips for which it is a viable option.

Where providers are oblivious to travelers’ needs is in understanding what happens before and after travelers use their systems.  For those taking commuter trains, every travel component from when the traveler leaves home to when he or she returns matters.  Commuter train operators only focus on the services they deliver.

For those who have only five-minute margins to get to work on time or to daycare centers which charge penalties for late pickups, five-minute delays matter greatly.  As we will note later, what happens before boarding and after departing from trains also matters greatly.

Most users are part of larger social ecosystems when they travel; providers focus only on the users.

Most users travel to destinations for purposes that engage other people.  We commute to work to perform tasks that generally involve others; on the way back, someone may pick us up; we may join loved ones or friends, attend a meeting, or perform another job.

This comes into play in two ways: (i) reliability and predictability matter.  The value of travel experiences deteriorates greatly if they are prolonged unpredictably or for unknown durations; and (ii)those who depend on us are inconvenienced or disadvantaged, especially if transportation providers do not communicate the duration of delays.

Every piece of a travel experience must meet minimum standards of value, safety, comfort, and reliability; providers are often oblivious to the parts of the travel process they do not provide or control.

In 1989, I led a volunteer task force to analyze why commuter rail service did not attract as many riders as the marketing forecasts MetroNorth, the commuter rail operator, and the Connecticut Department of Transportation had predicted.

We looked closely at every piece of the end-to-end experience.  We found that a serious deficiency in any piece of the process would cause commuters to forego what seemed a better option of taking the train and to drive and create additional highway traffic congestion.

Our 1989 findings are worth restating:

It is not just drunken passengers that make the travel experience unpleasant.  In 1989, we commented about parents with unruly children and loud-talking teenagers.  Today, we might add people talking loudly on their cell phones.

Although this was not within scope of our 1989 report, for trips that ended or originated in the New York City subways, the experience of being in a car with aggressive solicitors is highly unpleasant and uncomfortable.  There is no reason that the MTA should allow this and should be unable to stop it.

However, the uncertainty about parking remains an obstacle to more people getting out of their automobiles and driving, although parking at the destination can also be problematic.  When driving to a meeting in a big city, I have learned to get the exact street address of the parking lot or garage, so that I can enter that destination, as opposed to the destination of the person I am visiting.

Users want travel designed around their needs; providers are often forced to design, build and operate systems to pay off powerful, favored constituencies.

Ironically, Robert Moses was excoriated for many highway and other travel design and build decisions because he created special authorities that were not subject to the whims or elected officials and their favored constituencies.  However, as Robert Caro pointed out in his powerful book The Power Broker, Moses eventually was co-opted by the same forces he tried to avoid.  He started out as a reformer in the 1920’s and was a very unpopular man among many constituencies by the time he was involuntarily retired in the 1960’s.

Politics enters into every decision, because we live in a democracy.  How we minimize its harmful impact to add cost, building and design time, complexity, and system failure vulnerability is a subject far beyond the purview of this essay.  There are some limited steps we can step to change the game in favor of citizens:

Increasingly, we depend on transportation networks as shippers and as delivery recipients. We expect that our chosen carriers will have reliable and trackable transportation experiences.

One of the biggest changes in our lifetimes is the degree to which we have replaced retail shopping with remote commerce.  I use the term “remote commerce,” as opposed to e-commerce, because, although we increasingly order products and food deliveries online, we still use the telephone to call our local restaurant or pizza delivery retailer.  For what we ship, we used to have the Postal Service, UPS, and, from the 1970’s, FedEx as our sole carrier options.

All these delivery services use our streets, on-street parking areas, and driveways.  We have delivery expectations which range from the 30-minute commitment by Domino’s Pizza to the same-day commitment by a local pharmacy, all the way to cross-border delivery of a gift someone may have shipped to us from abroad.

Our streets, parking areas, and zoning rules have not quite caught up to changes in our shopping habits. Carriers operate services that have not yet caught up to our expectations. For example, Uber has conditioned us to expect that we can track the driver delivering our food or packages from end to end.  UPS and the other carriers commit only to four-hour delivery windows, and make it complicated for us to pick up a package requiring our signature when we are not at home.  We also cannot track where the driver carrying the package we are expecting is on a given day within that 4-hour window.

We have heightened expectations about shipping and delivery because of Amazon, Uber and Lyft.

We also want deliveries to be made to where we expect to be at the time of delivery, not to a fixed residence or PO Box delivery address.  The Postal Service deliberately makes it difficult for us to change delivery addresses to protect the security of our deliveries for high-value items, but we want to be able to make that choice ourselves for everything else and to be able to satisfy the Postal Service that we are freely making that choice.  We would like to alter delivery addresses when a package is on route, because we are more mobile than ever.  That is technologically possible, but Postal and carrier systems are not designed to accomplish this.

We clearly have decaying infrastructure and need more and better public transportation options than we have.  However, we also need to make far better use of the capacity we have today.  There needs to be a major culture shift among transportation service providers and carriers to design systems to fit our needs, rather than demanding that we adapt to them.