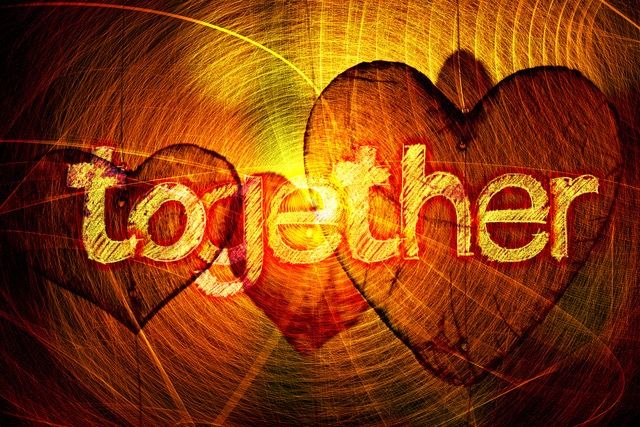 Friday, March 21, 2020’s daily briefing created a very complex and thought-provoking interaction among President Trump, Dr. Anthony Fauci, who leads the National Institute of Allergic and Infectious Disease, and Peter Alexander, an MSNBC reporter. The exchange among them raised a profound question of how leaders and the media should communicate on the Coronavirus.

President Trump made an optimistic comment about the potential for the anti-malarial virus drug, popularly known as chloroquine, to be an effective Coronavirus treatment.

Dr. Fauci immediately said that the evidence for chloroquine is “anecdotal.” He meant that the drug has not been subjected to rigorous testing on a sizable patient population that would give scientists sufficient confidence for a broader rollout.

Dr. Fauci then said that his position and President Trump’s were not inconsistent. He did not think it was inappropriate to be optimistic, but stated that he was obliged to be guided by rigorous scientific data, which is not available for this drug as a therapy for this virus.

This is one of the most complex communications challenges I have ever seen.

Uncertainty and pessimism cause severe stress, especially when both are of long and/or indefinite duration, and are combined with enforced isolation. President Trump was trying to reduce stress and to be more optimistic. However, Dr. Fauci was concerned that making people less stressful might make them less vigilant, thereby making the pandemic worse.

There is a balancing of risks. Excessive stress can make individuals with anxiety disorders more susceptible to suicides, depression, meltdowns and other behavioral health problems. An estimated 40 million Americans have anxiety disorders.

Financial distress can create its own health and wellbeing issues. As wealth rapidly evaporates, so do donations to social service agencies providing vital services to homeless people, and other vulnerable parts of our population. Dr. Fauci and other officials are trying to make the very difficult trade-off between excessive optimism through which they could lose credibility and excessive pessimism through which much of America loses businesses, jobs, and life savings, but that is the President’s job, not theirs.

Paradoxically, Mr. Alexander was trying to elicit a comment from President Trump to enable him to file a story that would allay fear. However, his question made the assumption that the only way to relieve fear was to secure an answer that removed uncertainty. That is impossible right now. Dr. Fauci played into his “fear” narrative and the discussion did not produce a particularly satisfactory result.

How does the President or other leaders “thread the needle,” especially on a question about a potential therapy that is promising, but lacks definitive scientific data supporting it?

Dr. Fauci is justified in preventing the public from getting too complacent. However, the buck stops with the President, not him. Governor Cuomo stated at his March 21 news conference that “the American people can handle the truth.”

However, his use of the phrase “anecdotal evidence” was wrong at two levels:
It implied that there might have been only a handful (less than 10) successes with the anti-malaria viral drug; and
It demeaned the evidence or the ability to draw any meaningful conclusions from it.

To any ordinary person, an “anecdote” is a single story and “anecdotal evidence” communicates a small number of potentially aberrational stories. Dr. William Grace, an oncologist at Lenox Hill Hospital, has treated over 100 patients with the new anti-malarial therapies and, as he said in this interview, the odds of that kind of success being random are 1 in 10,000. That is not “anecdotal” evidence. It is better characterized as “limited statistical evidence.”

The term “anecdotal evidence” also implies that President Trump is repeating a story, not that highly respected clinicians are successfully using this therapy. Dr. Grace noted that oncologists have the same tension with the cancer establishment and healthcare payers: oncologists successfully treat cancers with “off-label” therapies and payers refer to these successes as “anecdotal.”

Dr. Fauci should try to ensure that neither he or nor President Trump lose credibility. He should have said that, although there is “promising, but limited, statistical evidence” that this drug can work, we do rigorous testing and monitoring to learn faster what works best over a larger population. By saying that, he acknowledges early successes, but protects himself and the President.

President Trump is promoting another broad theme, as have other public officials: although this threat is unprecedented, we have the resources, the ingenuity, and the unified power of the people to overcome the threat. I had a similar communication challenge in 1997 when we had an unprecedented threat from US Postal Service actions.

Gershon Kekst, an unequalled crisis communications expert, told me to address investors and employees this way: “We have the financial strength, the technology, the customer loyalty and the talent to thrive, regardless of our short-term Postal Service relationship.”

His advice was to use my messages to get our employees to believe and act on the assumption that we could control our destiny, not the Postal Service. People who feel a reasonable sense of control have superior health and wellbeing and are more likely to overcome challenges.

Dr. Grace did not mention, but could have, that we contained the HIV/AIDS epidemic with anti-viral drugs. We still have no cure or vaccine for HIV/AIDS, but we have reduced its societal impact far below the crisis point. Pitney Bowes and other companies with Canadian workforces helped control the SARS virus in 2003 with an off-label use of Tamiflu.

President Trump is trying to make Americans believe that we control our future, and that we have many more tools than social distancing. Whether the anti-malaria drug or some other off-label therapy is the answer is unimportant. What matters is that we can proactively take steps to work ourselves out of this crisis. That message drives the stock market, relieves fear and uncertainty and reduces unhealthy chronic stress. It also gets us to think about innovative solutions to the problems the crisis has caused.

Dr. Fauci was right to be cautionary, and President Trump needed a more nuanced way of describing the situation, but Dr. Fauci’s use of the term “anecdotal evidence” was bad crisis communication. The President is responsible for striking the right balance because the buck stops with him. Dr. Fauci seemed to forget that on Friday.

As for Mr. Alexander, his comment about the President putting a “positive spin” on the early anti-malaria drug results is a complete misuse and distortion of the phrase. “Spin” implies deliberate efforts to twist the truth after the fact. There is no “undisputed truth” when we are predicting the future. Being cautiously optimistic is not morally wrong; it is what the President must do.

If Mr. Alexander had asked the same question and made the same comment to me, I would have said something like this: “Franklin Roosevelt rallied us in 1933 when he said: ‘The only thing we have to fear is fear itself.’ Winston Churchill rallied the world in 1940 when he said that the British people would never give up. You probably would have called both statements, ‘positive spin.’ “ I might have added that it was fortunate that people with his cynicism were not around then to attack these positive messages.

Leaders have a duty to present the facts about the past, present and knowable future correctly. Great leaders also inspire the people they lead to believe and to do things they did not believe possible, especially with respect to the future they can create.

“The best way to predict your future is to create it.”

This quote has been attributed to Abraham Lincoln, Peter Drucker and many others. It is more important than ever to adhere to it. Too many of our leaders have undervalued its importance.