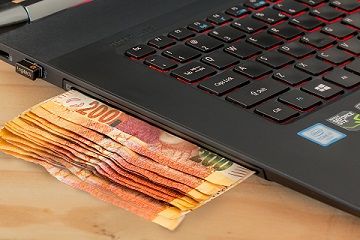 Recently, the US Supreme Court decided that the federal government lacks the Constitutional authority to prohibit states from authorizing sports betting.  The State of Connecticut General Assembly has wisely decided not to jump on the bandwagon and authorize online betting.

Inadequately controlled online betting is an invitation to having many people with latent gambling addictions get insolvent a lot faster.

Online betting is akin to, but far worse than, day trading, which became popular in the go-go years of the dot.com boom in the late 1990’s.  At Pitney Bowes, many employees were angry that we did not give them control of their 401(k) and even their pension funds to let them get “rich” through day trading.

My predecessor George Harvey was rightfully cautious about the number of choices the Company gave 401(k) participants.  We experimented with many more choices, because employees demanded them, and even gave employees stock options to encourage them to become “owners” of the Company.

Eventually, we settled on an optimal balance between too few and too many 401(k) choices, severely restricted self-directed fund management and day trading, and found that too many employees exercised their options at the first opportunity and had no interest in being stockholders.  We cut back on employee stock options, and had a more manageable population of option grantees.

Educating people as to risks of betting or high-speed trading helps at the margin, but there is an irreducible minimum of people who, given more opportunity to gamble all their net worth, will succumb to the temptation.  I am not paternalistic in requiring that online betting be restricted to protect people from themselves.

I am concerned that states like Connecticut, which have chronically big budget deficits, will eventually institute online betting, secure a share of the revenues, and get dependent on the continuation of those revenues.  That is the same problem with excise taxes on alcohol and tobacco.  In theory, the tax reduces consumption.  In practice, the State loses the will to get people to consume less tobacco or less alcohol.  The perverse financial incentive is to get people to consume more of something that is harmful to them, when consumed in excess, because it pumps up government revenues.

The state lotteries were created decades ago with several well-intentioned purposes:

What has happened is that illegal gambling, especially for those who are addicted gamblers, has persisted.  Lotteries do not satisfy the urge for those who need to gamble continuously, an urge that online betting is more likely to satisfy.

The so-called “voluntariness” of the revenue State lotteries collect is questionable.  In most metropolitan areas, the largest buyers of lottery tickets are low-income people who frequent convenience stores that depend on lottery ticket sales to draw sufficient traffic to survive.

Over time, lottery proceeds have become another way for States to fund excessively generous pension and retiree medical benefits.  Education funding has not appreciably increased, and, even where it has, it has not markedly changed educational outcomes.

My nightmare scenario is this:  a State has a huge budget deficit.  Its elected officials do not want to increase income, property, or sales taxes, because their ability to be deducted on federal income tax returns has been limited to $10,000.

The elected officials do not have the political will to cut spending, especially collectively bargained state or municipal employee benefits.  There are urgent needs, such as Connecticut’s need to spend on infrastructure upgrades.

The State’s ability to draw gamblers from other states or to hold on to its own citizens who want to visit casinos in other states is limited. In 1995, a Massachusetts resident who wanted to go to a casino would likely go to Foxwoods in Connecticut.  Today, that resident can go to one or more casinos in Massachusetts.

The inevitable result is that States will not only authorize online sports betting, but work with the online gambling firms to increase betting opportunities.  The greater the State’s financial challenges, the more likely it is that the State will encourage more destructive gambling.

We should be very reluctant to institute online sports betting or other forms of online gambling.  Once the “genie is out of the bottle,” it cannot be put back in.