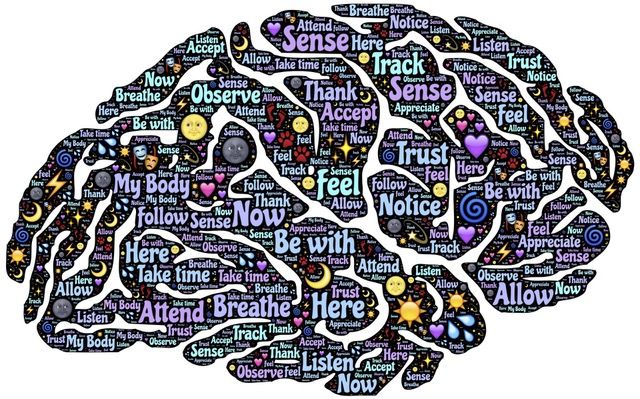 “BUCKET LISTS” AND “SCHTICKS” AND OTHER STUPID BEHAVIORS

Each of my children gave me a book as a Christmas present designed to open my mind on a subject of interest to me.  The first of these was a book my older son Mike and his wife Jill gave me before returning to California to celebrate the holidays with her family.  It is called The Art of Noticing, by Rob Walker.  The book consists of 131 techniques for becoming far more conscious of what is around us, and it succeeded in getting me to think differently about my own life experiences.

It caused me to notice a feeling I have had for a long time but could not articulate: my frequent discomfort in social gatherings, many of which occur around holidays. I have spent a great deal of time in social gatherings at cocktail parties or dinners in which I felt excluded.  Holiday events are often emotionally taxing, especially when I have to talk more loudly to people I do not know well, in order to be heard above excessively loud music or the aggregate noise of multiple conversations echoing from the walls of a crowded room.  (I am bewildered by events planners, who hire a band of musicians that are all hearing-impaired and play far louder than they realize or should be playing, which presents most of us from having a conversation across even a small dinner table.  At Pitney Bowes, when I was the CEO, I ordered the Sales Leadership Club Conference planners to delay the band music until after dinner, so that we could get to know the award recipients sitting at our tables.)

I am fortunate in one respect where I live:  although we have people of many different political persuasions, we are almost never subject to individuals who make conversations instantly uncomfortable by making remarks about “Trump supporters” or “progressives.”  People here generally keep their politics to themselves in these gatherings, which is most welcome. I know the political party affiliation of many people, and have both Republican and Democratic friends, but they do not confront me about my views or criticize others directly.

However, there are many different ways for those engaged in conversations to be impolitely self-absorbed, and, like anyone who attends many social gatherings, I have experienced many of them in trying to mingle at a party or other gathering to which I have been invited, but where I  know relatively few attendees.

Some people think they are “breaking the ice” by talking about their travel experiences.  However, I have always felt uncomfortable when a particular travel experience is described as an item on a “bucket list.”  I have struggled to figure out why.  Having visited the Ciencia Viva in Lisbon, Portugal (a phenomenal science center and one of a network of science centers throughout Portugal) and met with its leaders this past July, I figured it out.

When I asked one of the leaders, a wonderful woman named Rosalia Vargas, what she hoped those visiting Ciencia Viva would take away.  Her answer was simple:  she wanted every visitor to be changed intellectually and emotionally by the experience, to be a different person leaving the center from what he or she was upon entering.

The science center caused me to alter my itinerary for the next day to visit the Museum of Art, Architecture and Technology.  That Museum I immersed me in modern art and truly fulfilled its promise of integrating art, architecture and technology, as well as a wonderful showcasing of Tel Aviv’s White City, based on Bauhaus’ designs.

When I walked around Lisbon, I saw the City differently and particularly noticed how resident artists used everyday materials in provocative ways.  At a rocky area on the bank of the Tagus River, an artist had painted ordinary rocks and stacked them up to create renderings of humans and animals.  I also noticed the black-and-white pavements, which are apparently in honor of St. Vincent.  I came away from Lisbon with an energy and enthusiasm for the potential of remaking ordinary urban spaces that I did not have when I landed in Lisbon on July 20.  The travel experience changed me.

In the many conversations about “bucket lists,” why an item was on the list and how the person putting it on the list hoped to change from the visit is almost never part of the conversation.  I think that too many people who have been financially successful in life either never open themselves up to be changed by a travel experience or have chosen to travel to places about which they can “brag” and look good to the people with whom they are conversing.  They may have learned a factoid about a particular location, but they are usually unable to respond when I ask them how the experience changed or enriched their life.

I have a similar reaction to many interactions with financially successful professionals.  They continually try to impress others by telling stories that either constitute their attempt to inject humor into a conversation or that are designed to impress listeners.  They do not indicate any interest in listening to or understanding the people with whom they are interacting.  They leave the interaction no better or different from where they started, except, possibly, that they have cemented a relationship with those they already know.

The Yiddish term “schtick” fits perfectly: “a contrived and often used bit of business that a performer uses to steal attention.”

Because of this experience, I generally avoid telling self-congratulatory stories about myself unless they are both directly on point and the best way to communicate the message I am trying to get across.  This kind of individual is difficult to talk with, because he (or occasionally she) has no apparent core personality separate from the stories that have been told.

Too many social groupings in our society are echo chambers: people who magnify and reinforce the pre-existing opinions of their pre-existing social groups.  With many successful men, the conversation will be about an experience at a famous golf course they played and that some members of the group either have not had the opportunity to play or would not have played, because they are not avid golfers.

Great breakthroughs come from stepping back and absorbing what is going on around us.  They come from drawing out quieter people or people who are different from us.  If we have had an insight at the end of a conversation that we did not have at the beginning, that is a great conversation.

Notice the People and World Around You

One of my favorite series of short videos was a series of interviews by a Dutch film production company called Top 2000 a gogo, “The Story Behind the Song.”  Of an outstanding group of videos, my favorite was an interview with Mike Reid, the composer of the hit song “I Can’t Make You Love Me,” first recorded by Bonnie Raitt, but covered hundreds of times by many other great artists, including Adele.

Reid described how he was inspired to compose the song, but the more interesting part of a great interview was Reid’s broader observation.  He said that he learned to observe what was going on in the world, rather than trying to force creativity and insight.  His comment was that he needed to get out of his own way and absorb a much richer source of insights and wisdom than he had previously absorbed.

What surprises me is the degree to which many otherwise well-educated people fail to get beyond their narrow group of close friends and take advantage of a larger, potentially more helpful, group of acquaintances.  This article points out all the reasons this is an excellent way to be more successful.

Today, when I go to a party, I actually seek out individuals that appear to have been left out of all the other conversations.  Like me, they are probably able to contribute a lot to any conversation, but no one has thought to ask them.

More importantly, Mike and Jill gave me the gift of being continually aware of the need to notice people, things and ideas which would have escaped me in the past.  For that, I have been enriched more than almost any other imaginable gift I could have received.

I believe each of our children have recognized the power of gifts to open another’s minds, and I am looking forward to reading the books James and Katie have given me and how those will change us.