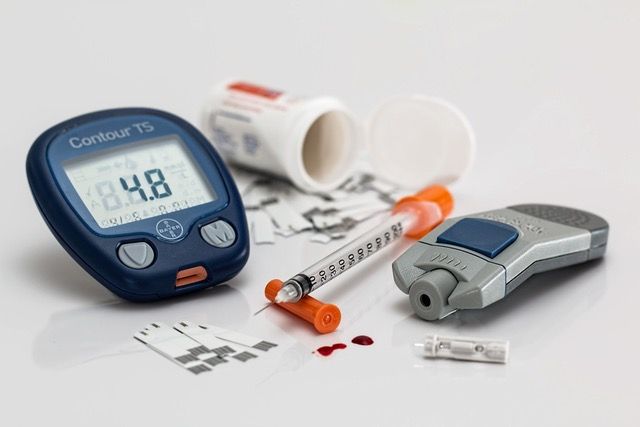 This March will mark the 10th anniversary of the law popularly known as ObamaCare, also known as the Affordable Care Act.  The law was passed by Democratic majorities in both houses of Congress without a single Republican vote.  It remains one of the most controversial laws ever passed, and it survived multiple court challenges.

Elected officials and candidates in both parties are unhappy with it.  Democratic candidates argue that it did not go far enough, and three of the leading candidates, Elizabeth Warren, Bernie Sanders, and Pete Buttigeig, are proposing that we move to a single-payer Medicare-for-All system, (although with some significant differences in the details among their proposals.)

Republicans would largely repeal the law, but they have never been able to agree on what would replace it, which is why they were unable to pass a repeal-and-replace piece of legislation, especially when they had only a 51-49 majority in the Senate.

A Mixed Bag: What Was Done Badly

As a person who had to educate myself on health and healthcare over the last 30 years, I became immersed in many of the law’s details and engaged in some important advocacy relative to the law.

I was glad that employer-sponsored healthcare survived, despite the fact that many corporate employee benefits people wanted to walk away from accountability for employee health and hand everything over to the government or to insurance companies.  Unfortunately, they rely heavily on benefits consultants and third-party administrators who do not serve them or their organizations well.

The law had multiple sections.  Like some complex laws, what it tried most visibly to do was done poorly, but what it did more quietly and under the radar screen ushered in important healthcare system reforms.

The law was misnamed in terms of both its purpose and its effect.  Its full name was “The Patient Protection and Affordable Care Act.”  I am not sure what “patient protection” was supposed to mean, but the insurance provisions of the law definitely did not make healthcare more “affordable.”

We live in a country in which 3rd parties, the federal and state governments, insurance companies, or employers, decide whose care will be covered under any health plan they administer and how much they will pay.  Many providers have decided that they will not accept insurance, Medicare, or Medicaid and will not be part of an employer-sponsored plan because they are not paid enough, they have too much of a hassle managing the relationship with the payer, or the patients covered by the particular program are too difficult to manage.

The Affordable Care Act gave 30 million more Americans access to free health insurance, through Medicaid, or first-time access to commercial insurance through eliminating barriers to insurance, such as pre-existing condition insurance exclusions, but, by not adding to the number and percentage of providers, many Medicaid patients or new commercially-insured patients cannot get healthcare access.  This is especially the case with specialists in communities with an excess of demand over supply. Obstetrician populations have declined because of medical malpractice insurance costs at the time as we are adding many women with high-risk health issues to the insurance pool.

Aside from this obvious issue, there were four other design flaws in the Affordable Care Act’s insurance provisions:

The insurance provisions of this law are a continuing disaster for those who need healthcare.  The premiums are higher. The deductibles are far higher, which means that everyone is paying more out of pocket every single year. The federal government should have created a “high risk” population pool, funded it with tax dollars, and managed it outside of the existing insurance plans.  The irony of the way events played out through the courts is that the Democrats’ efforts to avoid appearing to increase taxes to pay for this law were explicitly undercut by Chief Justice Roberts. He upheld the constitutionality of the individual mandates by ruling them to be taxes within the power of Congress to impose.  Congress could not force individuals to acquire health insurance, but it could tax them if they did not.

The individual mandate was repealed, as was another unpopular provision of the law, the so-called “Cadillac” excise tax for high-priced health plans. The highest price health plans are generally available to unionized private and public sector employees.  The law would have hit their employers or unions with hefty taxes that would make these plans unaffordable. Not surprisingly, there was bipartisan support for this repeal.

There was another factor that caused healthcare costs to balloon.  As Dr. Robert Kocher, one of the three individuals in the Obama White House with responsibility for designing the legislation acknowledged, there was a mistaken belief that the law would inevitably lead to healthcare system consolidations that would increase the scale of healthcare providers to deliver services most cost-effectively.

They were half right.  The law did lead to increased consolidation, but the consolidations added costs, rather than reducing them.

What policymakers did not understand, but what I learned from the work I did early in my career on antitrust and competition law, when a market is already highly concentrated and becomes even more concentrated, prices go up, not down. In fact, higher price transparency for services such as diagnostic imaging tests cause hospitals that acquire the medical practices and the diagnostic imaging centers to raise the prices for these services to a higher level than if those organizations stayed independent in offering them.

The Other Part of the Mixed Bag: What Got Better

Where lawmakers relied more heavily on experts and stayed away from politically popular, but misguided, changes in the law, they made good directional moves, some of which I will describe here.

Although the law neglected to hold patients accountable for their role in being readmitted within 30 days after a discharge, it appropriately forced healthcare providers to pay more attention to how to manage post-discharge care by penalizing what it defined as “preventable readmissions.”  It not only failed to pay for these readmissions, but it also did a dynamic stack ranking to give hospitals incentives to perform better in reducing preventable readmissions relative to other hospitals.

Most of the US healthcare system operates with a deeply flawed “fee for service” model.  Providers are rewarded for volume, not value. Accountable care is moving them in the direction of sharing risks and benefits with target budgets, based on the risk profile of the populations they serve and for which they are accountable.

The movement toward accountable care is good, but there is a lot of gamesmanship going on in terms of how patients are diagnosed.  Some providers are using 3rd party firms to tag more patients with additional chronic disease diagnoses to increase the apparent risk profile of the population.  This increases upside and reduces downside risk. Over time, the government will catch up to this gamesmanship and reduce it, but moving away from a pure “fee for service” system is a step in the right direction.

This is particularly important because our health issues are far more concentrated on long-term chronic illnesses than on short-term acute care problems.  Designing a system to manage long-term control of Type 2 diabetes, hypertension, or coronary artery disease starts with creating payment systems like accountable care agreements that reward results, rather than random individual interventions.

One of the more idiotic pre-law regulations was actually issued by a joint effort of the US Department of Labor and Health and Human Services and the Internal Revenue Service.  This regulation put a 20% limit on wellness incentives of any kind, including premium reductions for those who do not use tobacco. The law increased that percentage to 30% for all wellness programs, and up to 50% for non-smokers.  If we believe wellness and prevention are good ways to reduce costs, then this law is a step in the right direction.

The law also created a minimum set of requirements for preventive care, using the US Preventive Services Task Force (USPSTF) as the expert body to determine which preventive care would qualify and under what conditions.  Ironically, the USPSTF issued a revised set of guidelines several years later that recommended that mammograms not be routinely covered before age 45 unless there were either a family history, a genetic profile, or another risk force that indicated a need for a mammogram earlier than age 45 in individual cases.  The USPSTF was heavily criticized for its recommendation, but it was simply doing the job Congress delegated to it.

Ultimately, the only way we will bring healthcare costs under control is to improve the health of our population and reduce the frequency and intensity of the usage of healthcare.  Right now, because of the opioid crisis, we are going the wrong way, but, over time, we have to find ways of getting people to recognize that social determinants of health and individual health-promoting behaviors are more important than health insurance or healthcare in improving their health.

At the time the law was passed, there was highly visible opposition to any reimbursement for providers who counseled patients on “end of life” treatment options.  They characterized these counseling sessions as “death panels.” Although I could empathize with the anger of those who opposed much of the legislation, I thought this was completely misguided.  Doctors are trained to “do no harm” and few of them are in business to encourage patients to take their own lives or get help to do so.

However, we desperately need to help patients and caregivers define their most important values and preferences long before they are faced with end of life decisions.  Individuals and their loved ones should be discussing their end-of-life preferences long before decisions need to be made. We should not have the agonizing situations in which hospital administrators, lawyers, and ethics departments are called into a situation in which loved ones have no authority to act and have been given no guidance by the patient.

German Chancellor Otto von Bismarck once said that no one should see how sausage or laws are made, because both have ugly, gross processes that ruin our appreciation of the end result.  Unfortunately, in an age in which almost everything that happens relative to law making or other governmental processes is highly transparent, we are presented with the good, the bad and the ugly both before and after laws are passed.

The Affordable Care Act preserved an imperfect, but workable, system, rather than replacing it with a complete single-payer system that would have destroyed a lot more of what is actually working quite well.

There are some additional steps that could be taken to broaden coverage, to make both health insurance and healthcare more affordable, and to improve healthcare access and quality.  I will cover those in one or more subsequent essays.