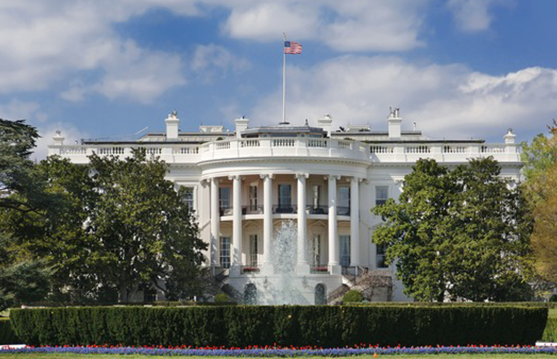 During President Obama’s recent interview with sports columnist Bill Simmons, he made quite revealing comments about his frustration with the limits of Presidential power.

Presidents have confronted this challenge throughout history.  General Eisenhower once commented that, as President, unlike when he was the Supreme Allied Commander, he would give orders and nothing would happen.  Political scientists Richard Neustadt wrote in Presidential Power in 1960, that the President’s key leverage point was the “power to persuade.

President Obama has struggled to persuade legislators and other stakeholders to support his key goals. He is an eloquent and elegant speaker, but persuasion is different.  Garry Wills, a noted political scientist and author, in his book Certain Trumpets: The Nature of Leadership, states it most clearly:

“…the leader is one who mobilizes others toward a goal shared by leader and followers.”

President Obama showed surprising visible, short-tempered frustration when he did not get unqualified support for his goals.  He believed that, in electing him, the public had endorsed his policy goals, and that he should be free to get them enacted. However, a sizable portion of the electorate voted for him because he promised to unify people and to deliver “hope and change,” not a particular set of policy goals.

Presidents always face great difficulty quickly assembling a majority to support any major policy goal, except under rare circumstances, such as responses to attacks on the United States, after Pearl Harbor or 9/11, or at times of economic downturns so severe that the President is accorded extra deference.

However, as someone who clearly has the pedigree of a constitutional scholar, he surprisingly did not fully appreciate the degree to which, under non-crisis conditions, our federal system is stacked against a President who wants to accomplish visible transformational change quickly:

After continuous frustration, he used recess appointments and executive orders to do what he could not get done by legislation, which weakened his relationships with legislators whose help he needed.

How does a President achieve his transformational agenda without drawing a lot of fire?

How could President Obama have governed differently?  He could have adhered to two principles:

The paradox of being President in a highly partisan time is that the President can accomplish more by appearing not to be transformational, but by taking a number of seemingly inconsequential, less confrontational, initiatives with significant and profound long-term consequences.  His opponents would notice these steps, although probably not enough to resist them ferociously, but the media would not, and, as a result, public opposition would be relatively limited.

What characterizes these kinds of small, low-visibility, high-impact steps?

The Affordable Care Act is a case study in how to be ineffective with highly confrontational, highly visible actions, while having much more positive impact with the small, less visible, non-confrontational ones.  That law had multiple parts, but its two major sections related to health insurance reform and healthcare payment and delivery reform.

The President and his allies forced unpopular insurance reform through Congress using a legislative gimmick that avoided having to secure 60 Senate votes. In so doing, they alienated many Americans, and, more importantly, they produced a fundamentally flawed health insurance system restructuring.

Today, we may have more universal health insurance coverage, but it is less affordable. To achieve lower fixed premiums, health insurers have raised deductibles and co-pays to a level that many Americans forego care they should be receiving.  By asserting his power visibly and in a very partisan, impatient fashion, President Obama not only forced a consistently unpopular law on to the books, but the law failed to achieve its core goal of “universal, affordable healthcare.”

President Obama had earlier taken some other critical and long-term steps with healthcare provisions tucked into the stimulus legislation:

The more the President visibly asserted his power and publicly supported transformational reform on health insurance, the worse the results for the healthcare system; the more he tried to accomplish reform under the radar, the better the results.

Many Presidents are regarded far more highly over the long sweep of history because they took actions not well understood at the time:

Barack Obama’s legacy will be defined not solely by his most visible initiatives, but by the less visible, subtle, high impact initiatives that he will have put into place.  In fact, several actions he took well below the radar screen may be those that, decades from now, historians will give him the most credit for doing.

He has 14 months left in his Presidency.  I hope he uses his time to find those opportunities that accomplish a lot, but do so without dividing us even more.