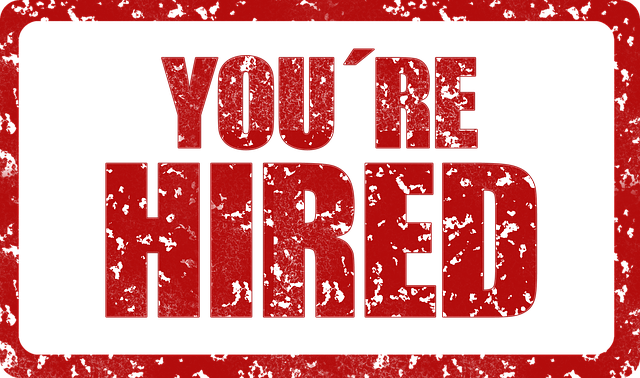 On Labor Day, we pause to honor those who perform the jobs that need to be done, but that we may not fully appreciate the other 364 days.

We increasingly fear that many jobs will go away, because technology will replace them. To the extent that individuals perform those jobs in a pedestrian way, the chances of having the jobs be replaced by technology increase substantially. However, let’s honor those who do jobs exceptionally well.

I have patronized fast-casual dining restaurants, and even some upscale restaurants that have replaced waiters and waitresses with automated ordering systems. If all that waiter or waitress does is to take a meal or beverage order, there is no reason for a human being to perform that function.

However, I have been to restaurants at which the waiters and waitresses significantly increase the total value of an order by what they recommend to customers. The two most profitable items on any restaurant menu are the beverage and the desserts. Waiters can significantly affect both whether a beverage or dessert is ordered and whether the most profitable beverage or dessert item is selected.

This is particularly true of dinner customers who are trying to decide whether to order one or more bottles of wine. The restaurant owner who hires an intelligent, highly motivated waiter or waitress can increase revenues and profits significantly. The waiter or waitress can also take home more income, since tips are usually a percentage of the total order.

When my parents visited my wife and me in New York City, we patronized many restaurants at which the waiters and waitresses were aspiring actors and actresses. These were typically college graduates who needed money to continue to pursue their careers and who saw their role as one of entertaining and delighting customers, as well as taking orders. They did amazingly well, compared with their peers, who simply saw the job as that of taking orders and fulfilling them.

At the Hudson News stores in the airport terminals, the retail clerks often ask if I want a bottle of water to take on to the plane. This is a very intelligent thing to do because bottled water is highly profitable to the store. However, everything a smart retail store owner or manager places at the checkout counter is highly profitable, and there are many impulse purchases that take place there.

Beyond that, there is a great opportunity to use that encounter to get to know a customer better, and invite them to return. Asking a customer what he or she would like to see the store make available and getting his or her contact information to notify him or her when the item is available can build both loyalty and profitability. However, few store owners and managers take advantage of the relationship building opportunity the retail checkout process makes available.

This past week, one of my favorite Pitney Bowes executives, Bill Ryan, passed away. He was long since retired and had lived a full life. What I remember about Bill is he started his career as an on-call service technician who repaired equipment at the customer site.

What he did better than any of his peers, based on what I learned from them, was use his encounter with customers to tell them about new products and services of which they should avail themselves. He made no profit on the incremental transactions he triggered them to do, but he was recognized and rewarded. Eventually, he became a Regional Sales and Service Vice President and was exceptionally well respected by even those at a much higher level. I sought him out any time I was evaluating a new marketing or product idea, because I knew he understood the customer and service technician experience at the front lines.

We tend to think that Uber and taxi drivers’ ability to know how to get from origin to destination has been made obsolete by Google Maps, Inrix, Waze or the other traffic management solutions available to us. We would be wrong!

There are two fundamental problems with all traffic management solutions, which the predictive software they have available is far from solving:

At first glance, those who clean our hotel rooms would seem to be doing a job that allows for very little creativity and excellence. Nothing could be further from the truth.

I have had housekeeping employees at hotels who neatly folded my clothing to make it wearable or better able to be packed in a suitcase, and others who simply did not make that extra effort. Great housekeeping employees make sure that my bed is made faster and neater, and get through their tasks to minimize the disruption to me.

My wife often asks people in housekeeping about the source of bedding, shampoos or other items she likes. Some know the answer and others do not. She leaves a bigger tip for those who have taken the trouble to learn where the bedding or shampoo originates.

My mother was a public health nurse’s aide for 17 years in two inner-city public schools. She was invaluable to the nurses for whom she worked, because she was friendly and attentive to children who lacked loved at home. She saw emerging health problems that nurses did not tend to notice because she took pride in her job.

In visiting loved ones at nursing homes, I have seen big differences among the front-line workers who attend to patients. To some, the job is a calling for them to heal their patients spiritually, emotionally, and physically. To others, it is nothing more than the performance of certain tasks, with no emotional connection being established.

Our goal on Labor Day should be to celebrate those workers who do work beyond the call of duty to make our daily experience better. I wish it were true that the vast majority of workers do this today, but they do not. Higher minimum wages do not spur people to work better; if anything, they create an entitlement mentality that suggests that people should earn more for doing a mediocre job.

I do not believe that most employers drive the creativity or the passion out of workers. However, I think that employers and customers need to make that extra effort to say thank you for a job well done, and not just on Labor Day!!