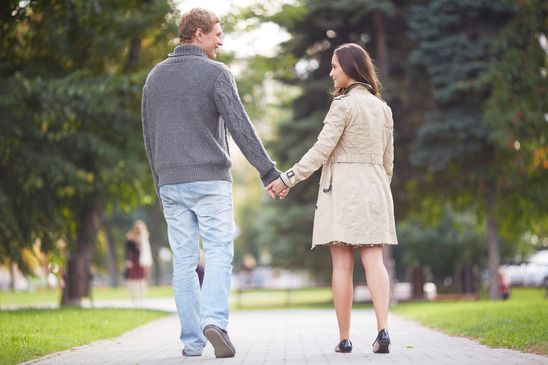 Many American communities do a poor job providing mobility for the elderly, the disabled and families with children in strollers. My wife and I are visiting her Dad in Naples, Florida, where he has spent winters since 1990. For a community with a high percentage of elderly residents, Naples has a surprising number of deficiencies in terms of mobility and access for them.

Naples has a permanent resident population of around 21,000 people, but it swells to many times that during the peak winter months, because of visitors and tourists. The retailers, restaurant and convenience store owners, and other service providers are remarkably friendly and welcoming to all visitors, particularly to the elderly. For those in assisted living, the community offers transportation and a variety of cultural amenities unavailable elsewhere. The quality and availability of healthcare is reasonably good, compared with other Florida cities and towns. The climate is favorable for people, as is the flat topography.

All that being said, the community has failed in some fundamental ways to maximize mobility and access on foot or through public transportation for elderly residents or visitors: • Many housing developments, including the one in which my father-in-law lives, are cul-de-sacs in which there are limited numbers of exits, all of which are on to roads in which the traffic regularly travels 45-50 miles per hour. To get to a Starbucks within ¾ mile of my father-in-law’s home, we drive out to a main road, Goodlette-Frank Road, often wait at a long traffic light at Pine Ridge Road, and then have the choice of either making a right turn, driving about ¾ mile, taking a U-turn and driving back to a turnoff the leads to the Starbucks. That trip requires us to drive almost double that distance, most of which is on a main road, to get a relatively short distance away. That is true throughout Naples: the cul-de-sacs significantly lengthen what should be a short trip.

• There are few sidewalks outside the old downtown, even on the main roads or feeder roads. To the degree that there are walking paths, there are so many intersections in which cars are turning in or out that walking is extremely hazardous. While Naples has a great beach on which to walk, the city streets are distinctly unfriendly to pedestrians outside of a very limited downtown area.

• The cul-de-sacs have another feature I have noticed along the Post Road in Norwalk, Connecticut: there are no sidewalks, or even paths, connecting one cul-de-sac with the next one. If I wanted to go from the Dunkin’ Donuts to the Starbucks on the north side of Pine Ridge Road, the straight-line distance is about ¼ of a mile. However, I cannot get there walking, unless I want to walk along the edge of Pine Ridge Road, where there is no sidewalk. There is ample room for a walking path, but there are fences blocking access from one shopping area to the next, just as there are among the “Big box” retailers in Norwalk. As a result, a shopper needs to get into a car, wait for a traffic light, make a turn into the next plaza, drive in several hundred yards, turn into the plaza and drive back toward the Starbucks.

• There are ramps up to retail establishments, but they are well hidden and they make a trip on a walker, or in a stroller or a wheelchair far longer and more strenuous. The grades on these ramps are challenging, particularly for older people using walkers and going downhill. • There is virtually no public transportation, which means that the streets are very congested with cars during most of the day and into the early evening.

• There are few clusters of amenities that most people like in smaller, centralized, older American towns. In our hometown of Darien, Connecticut, within a ¼ radius, there are coffee shops, grocery stores, specialty food stores, pharmacies, restaurants of various kinds, clothing stores, a retail post office, a service station, banks, and fitness centers. In Naples, these establishments are heavily scattered, so that someone gets into and out of an automobile and has to park several times at different places during the day. Naples has been built and rebuilt rather haphazardly, with relatively little attention to the needs of the elderly, people with disabilities, or families with infants and toddlers.

In that respect, it is like many other American communities that focus on accommodating people in their prime adult lives able to drive from place to place, as opposed to the increasing elderly, disabled, and youthful populations. We need to envision and recreate walkable, livable communities for all those who live or visit an area.

I have zeroed in on Naples, Florida, which is a wonderful community in many respects, but the story and profile I have given could have applied to any number of American communities. The Walkable and Livable Communities Institute does a great job describing and helping us visualize what is achievable if we focus on how the built environment can contribute to the health and wellbeing of a community. www.walklive.org/photo-visions

The web site www.walkscore.com does a great job comparing and contrasting communities in terms of whether they encourage or discourage walking, with the higher the score, the better. New York City ranks the highest, with a score of 87, a rating with which I would agree, because of its abundance of sidewalks, bicycle paths, and public transit options.

Naples, Florida has a rating of 34, with the site describing Naples as a “car dependent” city. //www.walkscore.com/FL/Naples

Why would a city with a higher percentage of people over 65 be more adverse to people who are less comfortable or able to drive from place to place? There is no logic to this, other than the fact that the city has not understood what works best for its population and/or has not acted accordingly.

As Americans age, we need to reconfigure how our cities and towns are designed and to design an environment that works to maximize the health and wellbeing of the people that live there. To the degree that we force elderly people, people with disabilities, or children to be in automobiles to have adequate mobility and access, we are turning them into second-class citizens. Walking is clearly a major contributor to population health, no matter what else people do in their lives. Let's make all of our cities and towns better for walking!