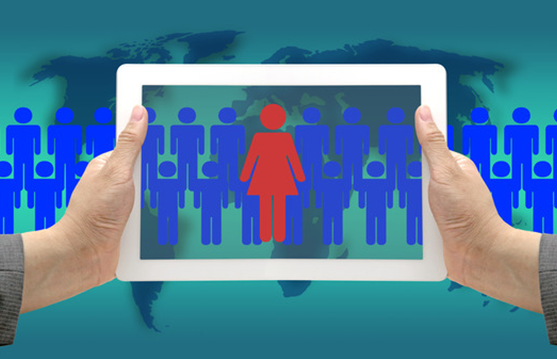 Over the past few weeks, as I have thought about the issue of job readiness, I have been struck by the disconnect between the so-called “experts” who consistently talk about the problem of the mismatch between the number of traditional jobs disappearing and the shortages of skilled workers in many disciplines.  The assumption is that those displaced by automation and business models that change to self-service will have nowhere to go and nothing to do.

In the Tuesday, November 24, 2015, issue of The Wall Street Journal, reporter James Haggerty wrote a piece about the increasing pace of automation and its potential to displace humans.

His major point is that, right now, the advances in robotics are being driven by worker shortages.  He could also have attributed the growth of investment in robotics to the higher wage levels being driven by both natural wage-driven inflation and well intentioned, but badly conceived minimum wage laws popping up everywhere.  Thoughtful people have worried about the future availability of jobs for low-skilled, low-income people.

The assumption of all these people that robotics will replace people and that the only individuals able to do the work to program robots or to create software for 3-D printing systems will be highly skilled, well educated people.  Fortunately, this assumption is wrong.

On Monday, November 23, 2015, I visited the Elm City Preparatory School in New Haven, Connecticut, an outstanding charter school founded by the Achievement First charter school system.  I was astounded to see 5th and 6th graders working in a classroom on small teams, with facilitation by teachers, using software to design and operate robots.  Others were learning Java Script software that is designed for user interfaces for a variety of applications.

These are not wealthy white or Asian children from an upscale community; these are African Americans and Latino/Latina children from very poor homes.  Many of them entered this school at 5th grade with 2nd grade mastery of reading and math, which means they were three full grades behind the average student in their school system.

This is not an aberration.  My good friend and former colleague Matt Kissner and his son Robert Kissner have built a company entitled Digital Arts Entertainment in White Plains, New York, to teach students at and below the high school level how to program video games and do other software work that is intimidating to many adults.  They work with many school systems with students at all income levels.

There are many examples like this.  The non-profit Citizens Schools, based in Boston, teaches these skills in after school programs in 11 cities, again to some of our poorest students from low-income communities.

The only limit on the number of paying work opportunities is the ability of people creating the technology-based applications to find markets for what they have created.  For that problem, I would assume that marketers and financiers must come forward to help them.

Why cannot older Americans in media and policy-making positions envision this kind of future?  There are several reasons:

For example, imagine that you are an executive who knows everything there is to know about your organization’s automobiles and those of your automotive industry competitors, only to find that the companies you have to fear in the future are Google and Apple, who will subcontract out the building of autonomous cars.  Even worse, you may find that dozens of small volume manufacturers will create new modes of motorized travel that will reduce the market for your products, and that new businesses like Uber, Lyft, and RideAlong will further reduce the market for automobile purchases.

Many people make business decisions to preserve their status, not to adapt to disruptive technologies and business models that are better suited for the future.  They are hanging on in jobs until retirement and hoping that they, not their employers or the market, will decide when they exit the work force.

What amazed me in the visits to both Achievement First and Digital Arts Entertainment is that low-income young people of color are quite comfortable learning these new skills and preparing themselves for the future.  Moreover, a surprisingly large percentage of their parents have used scarce resources to acquire smart phones for themselves and Internet access for their homes.  These young people do not possess unusual skills or passions.  They have simply benefited from focused instruction and access to the these newer technologies, something which is easily scalable across virtually all school systems if we redirect resources to help both students and teachers master them.

The problem in our society is not the ability of our broad population, include our low-income population, to adapt to the fast changing, technologically enabled world we are fast entering.  The problem is the fear and lack of imagination of superficially well educated people, who are frightened, disconnected from the people they claim to be trying to help, and very articulate in their completely misguided and wrong assessments of the situation.

Unfortunately, the members of the media are part of this population.  They have another vested interest: publicizing the narrative of inequality and victimhood.  They believe they do not do as well in the ratings by telling positive stories, and they create more “entertainment” by telling negative stories, which often are either incorrect and sloppy renditions of what really is happening, or wildly unrepresentative of the broader picture.  The sensational aberrational story is “news,” not the non-sensational broadly representative story.

As we celebrate Thanksgiving, we should take stock of what is going well in our country and how we are actually seeing many success stories on how to bring our most disadvantaged populations.

We should count our blessings, celebrate what is possible, and roll up our sleeves and expand the bounty of success to everyone!